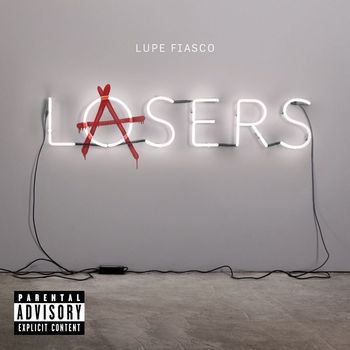 7digital What we said: After banging out two blinding albums in the space of two years, anticipation for Lupe Fiasco’s third has been intense. So intense, in fact, that the ensuing four year hiatus proved too much for his fans to take, and over 25,000 of them petitioned Atlantic Records, who were dragging their heels in releasing Lasers. Finally, the follow-up to The Cool has landed and the good news is it should more than sate the hardcore’s appetite. With guest spots from Trey Songz, Skylar Grey and John Legend, production from pros like The Neptunes and Needlz, and Fiasco’s ear for inventive sampling, it makes for a 14-track, solid gold reminder of why he’s still one of hip-hop’s most compelling talents. So, with his next long player scheduled for later this year, here’s hoping we’re not left wanting again.