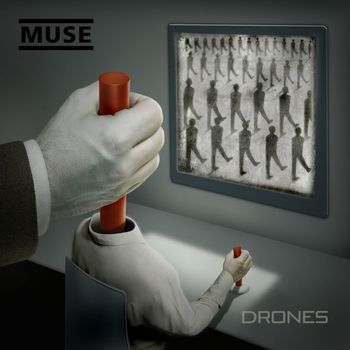 7digital What we said: No, that title isn’t meant metaphorically: Muse’s latest long-player really is a record about drones. Triggered by a conversation frontman Matt Bellamy had with former US Secretary of State Colin Powell, Drones examines the corrupting influence of power and the moral issues that arise from utilising UAVs in modern warfare. Of course, this being Muse, the discussion is set to a typically dramatic soundtrack which mixes concert piano with crunchy riffs, juxtaposes gleaming electro-rock epics with choral interludes, and was overseen by Shania Twain-producer Mutt Lange. Amusingly, as concept-driven as their seventh album is, the strongest message here is that the Teignmouth trio are simply getting more audacious with age.