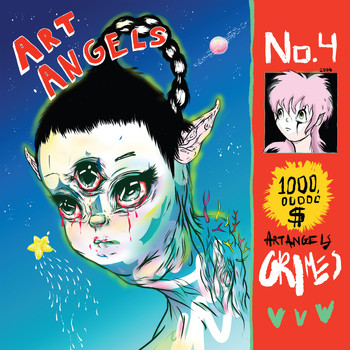 7digital What we said: Back in 2012, Claire Boucher’s disdain for perceived genre boundaries was genuinely revolutionary, and her penchant for blending seemingly-disparate styles made Visions one of the most influential records of the year. The fact that the Canadian producer’s eclectic approach is now common practice can’t help but remove some of the shock value from this follow-up, but only in the sense that we’re now prepared to expect the unexpected. Not only is Art Angels a more cohesive and consistently-melodic listen than Visions, it reaffirms Boucher’s status as a totally unique creative force. Seriously, who else but Grimes would even think to pair Taiwanese rapper Aristophanes with Dick Dale guitars (‘Scream’), K-Pop with country music (‘California’) or EDM with dream-pop (‘Realiti’), let alone pull it off with aplomb?